This is not an update on my progress, so feel free to skip it over, but I needed a space to write down some thoughts I’ve had regarding the surgery – and what better outlet than my jaw surgery blog?

Since my surgery, I’ve met many friends and acquaintances, most of whom expressed at least a small degree of surprise at how my appearance has changed due to the correction of my bite. Many have also asked me a question that has become more difficult to answer after the surgery:

“Is this surgery considered cosmetic?”

Before the surgery, my answer was an immediate ‘no’. I would explain that my most important reasons for deciding to go through with the surgery are to improve the function of my bite. Many would ask me to clarify, because they have possessed a proper bite all their life and don’t understand how a prognathism will affect the functionality of one’s bite. After I explained the specifics, they would accept that the surgery was sought for a medical purpose, and then move on.

It’s amazing how hard it has become to convince people that this surgery is medical now that I have actually gone through with it. Because the surgery has changed my appearance so much, people only focus on its aesthetic impact. While my reasons have not changed, their responses have. After I give my standard answer, people start to ask me if the surgery is medically necessary. I explain that it isn’t, that this surgery is an elective medical surgery. They usually look unconvinced, or crack a joke: “Why didn’t you have your eyes/nose done while you were at it?” In their minds, if the surgery isn’t necessary and it changes your appearance so much, then it must be cosmetic.

I’ve answered this question and dealt with people’s responses so many times that I am beginning to become uncertain of my answer as well. What has changed since before the surgery to prompt this uncertainty? My reasons for seeking the surgery certainly haven’t. But people’s reactions have changed. I can only guess that it is because prior to the surgery, they did not anticipate the impact of the surgery on my appearance.

But why should the degree of aesthetic change determine whether or not a surgery is considered medical or cosmetic? I know people who have had smaller prognathisms than I did, but because their appearance did not change as much (some have barely even changed at all), people accept their reason that the surgery was ‘medical’. Why is my surgery any less ‘medical’ in their eyes, just because it had a greater aesthetic impact, especially when the impact is of a scale that I did not even anticipate (I honestly had zero clue how I would look after the surgery)? If anything, the functional improvement that I benefit from is even greater than those people who have smaller prognathisms and less noticeable changes in appearance. Shouldn’t the degree of aesthetic change merely indicate the severity of the prognathism rather than be a deciding factor in categorising the surgery?

If you asked my surgeon whether she considered this surgery cosmetic, she would say no. “I am not a plastic surgeon,” she told me in my final pre-surgical appointment. She knew there were clear functional benefits that the surgery could bring by correcting a misaligned bite. My insurance company, which denies coverage of cosmetic surgery (as most if not all insurance packages do), approved it – so to them it was a medical surgery.

But it’s more difficult to answer the question and convince others of your answer when you have benefitted from not only the surgery’s functional improvements, but its aesthetic changes as well. It would be a lie to say that I liked the look of my underbite. I did not, and I definitely prefer my post-surgery improved profile. But I did not seek the surgery because I wanted a cosmetic improvement. There are a lot of things that I may not like about my appearance, but I will not willingly undergo cosmetic surgery to enhance or change these features (at the very least, I speak for myself in this point of time). I would still qualify this surgery as an elective medical surgery, but one with a big aesthetic impact. That, however, is still different from a cosmetic surgery, which is sought for a purely aesthetic reason.

Perhaps you believe that I shouldn’t care about what others think. Why the hell should it be of importance whether this surgery is medical or cosmetic? The people who matter shouldn’t change their opinion of me just because I went for this surgery. And maybe I shouldn’t care, but in truth, I do. It’s stupid, and I really wish I don’t care, but unfortunately I do. There is a stigma in most societies, including mine, surrounding cosmetic surgery. It may be wrong and baseless to assign this stigma to it, but it still made me uncomfortable to be associated with it.

Having said that, I did not write this post is to debate about whether the stigma surrounding plastic surgery is justified. Personally, I couldn’t care less whether someone had plastic surgery or not. Beautiful people in no way ‘deserve’ their beauty, so I don’t think it is wrong that some people choose to actively seek beauty which they were not fortunate enough to be not born with. Instead, I wrote this post to sort my thoughts out, because unfortunately, I was – and perhaps I may continue to be – affected by what others thought of me on this issue.

Next time someone asks me that question, my response will still be a ‘no’. I’ll answer them in the same way I did before I went through the surgery. Maybe I’ll even give them a technical answer and tell them my insurance company considers it non-cosmetic. They may not believe me, but hopefully now I won’t care enough about their judgments for their responses to cause me to doubt myself. 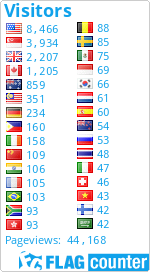